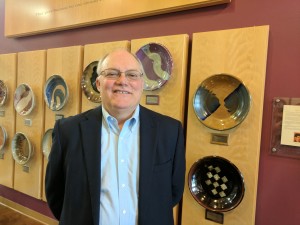 Back in February, we shared some exciting news with you about the future of our Food Bank.  After nearly three decades leading the Food Bank of Northern Nevada, Cherie Jamason is stepping into a new role, focusing on the second part of the Food Bank’s mission – solving hunger for tomorrow through community partnership.  With that announcement, a national search began for a new President & CEO.  Today, the Board of Directors is excited to share the news with our community that the national search has concluded with the selection of Al Brislain as the new President & CEO of the Food Bank of Northern Nevada.

“We are very excited to have Al Brislain join the Food Bank of Northern Nevada to lead us to the next chapter,” said board president Deborah Braun.  “His extensive experience and life -long dedication to serving the hungry is ideal preparation for leading this award -winning organization.”

Al brings more than 30 years of national food bank experience to the Food Bank of Northern Nevada. He has served as chief executive officer for 20 years of major food banks serving southern California, eastern Washington state, and southwest Florida. Al served for 9 years with America’s Second Harvest, managing the Western Region and directing all support services to food banks throughout the American West, and for 7 years, he was the Senior Vice President overseeing all member services for Feeding America, our parent organization in Chicago, providing leadership and support to more than 200 member food banks nationally.

While all of the staff and board members of the Food Bank are excited to see what the future holds under Al’s leadership, Cherie herself is particularly pleased with the board’s selection of Al.

“Al and I met almost 30 years ago, when he came to visit our little organization soon after I was hired in 1988,” Cherie shared with the staff.  “He explained to me the bigger picture of foodbanking –  which helped me understand that our little 3 person organization was a small spoke in a much bigger wheel, and that we had an opportunity to do much more.  Al was generous with his knowledge, support and information, and quickly became a good friend as I learned to how to lead our little organization.  Al has a LOT to contribute to our organization, and I am very happy and excited that he has been selected to lead the Food Bank of Northern Nevada into the future.   For me, this brings my life at the food bank back to where it started – working side by side with a terrific guy who has been my friend for thirty years.”

Al is due to start on Monday, June 5, 2017 at which time Cherie Jamason will step into her new role of Director of Ending Hunger Initiative.

6 thoughts on “A New Leader”